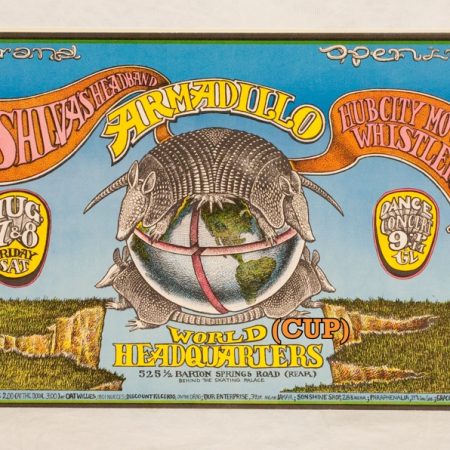 (Psst, this is just the post that explains it. The actual recommendation page is at: http://violetcrown.soccer/armadillo!)

All right, not your only host, I mean come on. You’ll watch games and see clips and read other sites and follow Twitter and get on Facebook and snap some Snapchats… (That’s still a thing, right? WhatsApp? InstaSpace? Pokémon Go?)

Anyway, I love the World Cup. I heckin’ love it. Yes, I’m an American citizen, and yes, it’s tragic that my nation won’t be represented in Russia. But, still. I love the World Cup, and I’m going to watch, more or less, every minute of every game. I’ve scheduled partial and full days off from work for more than two weeks to optimize my viewing schedule. I want to see all. The. Games. Portugal vs. Spain? Obviously. Germany vs. Mexico? Pfft, of course! But Costa Rica vs. Serbia? How about Sweden vs. Korea? Did someone say Poland vs. Senegal? Yes, yes, and yes!

It occurred to me that I could do something, watching all these games, that I’ve wished for as a viewer before: make spoiler-free recommendations of which games are worth watching later. So after you’ve gone to work each day and been a productive member of society (thanks for that), and you go home at night and look at your DVR or streaming video menu and wonder: “which of these two or three or four games is worth spending two hours of my life on?”, you can pop over here to help you decide!

Cool. How does it work?

You can either follow my (also spoiler-free) tweets at @VioletCrnSoccer, or you can refresh the recommendation page at http://violetcrown.soccer/armadillo, which I’ll update shortly after each game.

Ugh, your opinions are daft (or shite, or something derogatory in Russian, etc.)

You may be right! I’d be happy to have more feedback, and watching all of a day’s games isn’t required at all. Tweet or email or use the form or comment on this post, and I’ll include them, probably!

Okay. So what’s with the name?

The name is a clever take (thank you, I think so too) on a famous Austin music venue from the 1970s, Armadillo World Headquarters.

The group stage finished today, and so has this project.

It was a lot of fun, but it was also a lot of time & effort. Now that I look at the knockout rounds schedule – and my work and life schedule – I’ve decided to stop here. Besides, as many of the final group-stage games showed, even a not-very-entertaining game can be gripping because of the context of the results. In the single-elimination tournament that this World Cup has now become, that’s of course the case with every game.

Thanks for following along!