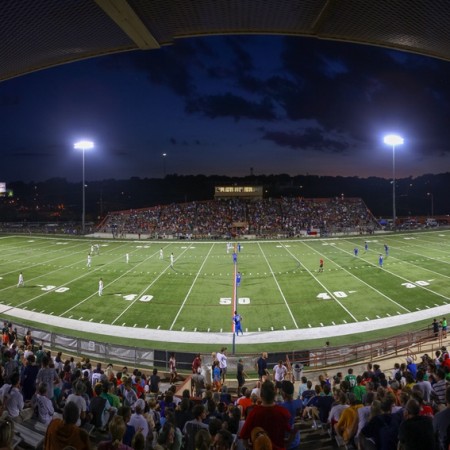 The Austin Aztex have made public that pressure is mounting for a permanent stadium solution prior to the 2016 USL season. Currently displaced from their original home field, the centrally located House Park, their final remaining USL league home match at their temporary suburban location is slated for September 5th. After historic Memorial Day flooding left House Park unfit, the move to Kelly Reeves Athletic Complex was the easiest and best solution for a new venue. While it was not perfect, it was a shrewd stop-gap as it was already the training ground for the team and provided some familiarity.

Where the next Austin Aztex home match will happen after September is unknown. With the chances of making the USL West playoffs slim, a venue will not likely be needed until April or March of 2016.

After 6 home games at Kelly Reeves it is clear that the move to far North Austin has not provided a significant boost in attendance. Location, playing surface with football lines, lack of alcohol sales and strict guidelines that come with operating in a Round Rock ISD facility are typically the main reasons cited for the less than perfect fit.

What is next? The search for a better home for the Aztex is not a new one. Austin’s economic success is also part of it’s soccer problem. While the city continues to top almost all other local TV markets for soccer viewership, options for a stadium are slim at best. Local soccer supporters have their opinions, but even they cannot agree on where to drop a new stadium.

Attempts to absorb a booming local population have increased demands for higher density housing. All over Central Austin established business are being razed to provide the space for an almost uncountable number of highrise residences.

While some cities and towns have a forgotten stadium, an underutilized minor league baseball park or an open parcel of land slated for development, that is simply not the case in Austin. We are not suggesting Austin is Manhattan, but empty or available space comes with a substantial price tag. The cost in Austin’s core is well above what almost any fiscally minded USL ownership group would expect to recoup from their investment.

Ultimately, any decisions for 2016 will be made by the Aztex FO and USL. With no official announcements beyond this season, the players and supporters are left to hope the organization and league had something better than a one year plan. It is also unlikely that USL would send the Aztex packing, since they just entered the league and paid a fee to join as an expansion team.

It would be a rough reality if USL is truly demanding the Aztex build a new home by the start of next season. Many teams at the MLS level have endured some of the same realities facing Austin’s soccer future. The Aztex have never made public that they are zeroing in on a stadium plan or even a location. If the league is truly placing this gigantic hurdle for compliance by 2016, it is more than unfair.

All things considered, the Aztex have actually done okay in attendance. Austin is an expansion market this season, and the home they thought they had for the whole season was taken away from them without warning. Sitting in the middle of the pack in attendance, the club has been better off the pitch than on the pitch. It is times like these when a burgeoning league should be supporting one of its newcomers, not making their path more difficult.

What is the plan? We suggest getting back to House Park for at least one more season, and buying more time to sort out options.

The current ownership group includes the owner of the Circuit of the Americas (COTA), a multi use destination in the far East Austin metro area. Unfortunately the site is not actually in Austin. The location is in Elroy, TX an estimated 30 minute drive from House Park.

If you haven’t heard of Elroy, it is okay. Nobody in Austin knew where Elroy was until an F1 race and race track fell in their lap. There has been speculation that a stadium at COTA would be a possibility even before the Aztex were reborn or Bobby Epstein joined the ownership group. A promo video put together to promote purchasing seat licenses actually mentioned that a soccer stadium at COTA was in their plans.

At the press conference that welcomed the Aztex to what was then called USL PRO, Bobby Epstein voiced that he didn’t want to be in the stadium building business. While we don’t have a club source willing provide details, it is easy to connect the dots that COTA is likely being considered.

Since Austin’s status as a rapidly growing city is unlikely to change any time soon, the difficulties the Aztex face will not get any easier than they are today. Supporters tend to gravitate towards a more central location than a suburban site without public transit infrastructure. However, other supporters have witnessed losing the Aztex in the past and are willing to say that any soccer stadium should do, if you support local soccer.