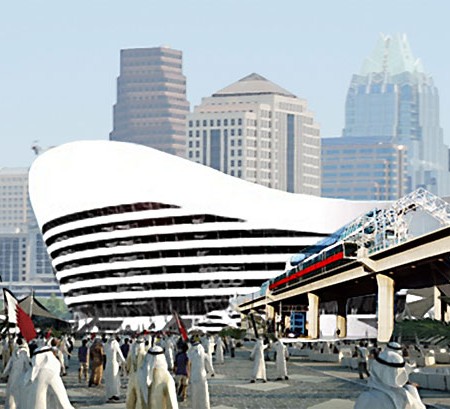 The Aztex organization recently announced that they would be sitting out the 2016 season, because they need to continue their “quest for a soccer friendly venue in which professional soccer in Austin can thrive”.

Concerns, plans, and fantasies related to a soccer-specific home stadium for Austin’s soccer team are nothing new. For that matter, the issue is hardly unique in American soccer. Ask any team in the country, at any level: D.C. United, the New England Revolution, and Miami Beckham United are all good places to start. The stadium’s location in the city is crucial, and the construction costs are immense. And of course those factors are related: prime urban real estate adds drastically to the cost, while cheaper or easier to acquire land may be farther from the city center than is desirable. None of this is news to anyone who’s thought about it for more than three seconds.

But back to our own city, and our own team. There are many questions left unanswered by Friday’s announcement, but there are two at the root of all the others. Given how the focus has been undeniably put on getting their own stadium, one question is whether that would be enough. Even if a league-standard stadium could be pulled out of a hat in one short year, would that be enough? And there we come to the second question, which is really the one to answer first: how much is “enough”? That is, what’s the ultimate goal for this organization?

One possible answer for what is “enough” is: USL. Regardless of whether USL remains Division 3 or succeeds in getting sanctioned as Division 2, let’s call it what is: a minor league. By definition, if you’re not in Major League Soccer, and you’re not in the top division, then you’re a minor league. That sounds like an insult, and it seems that it is to many in the American soccer community, but does it have to be? Not every city can have a first-division soccer team, it’s just not possible. Even if MLS were to go bonkers and grow to double their currently-stated target size, and have 48 teams (seriously, bonkers), there would still be market #49, #50, etc. There will always be lower division soccer, and that is okay.

But it might not be okay to Austin fans, or more to the point, to the Aztex owners. In fact, according to the club’s own public statements, their actual answer for what is “enough” is: MLS. The Show. The big league. The arena of legends like Gerrard, Dempsey, Pirlo, and Nat Borchers. The real deal. To get in to MLS, you have to have someone with very, very big bucks: recent additions are reported to have paid north of the $100 million mark. Clubs may take a longer time to get there, and build up a lower-league team and fanbase on the way (e.g., Vancouver, Minnesota, or (gag) Orlando), or they may show up with the big checkbook and pop right in (e.g., NYCFC, Atlanta, or LAFC). But either way, someone has to write that nine-figure check at some point.

Looking over the brief, impersonal, and vague press releases that came out on Friday, one doesn’t get the feeling that anyone in Austin is ready to break out that nine-figure checkbook anytime too soon. (But who knows? FC Dallas just went through a very tumultuous episode with their fans regarding ticket prices and availability for next season. Until just last week, the club was badly hamstrung by the fact that negotiations related to construction of the U.S. Soccer Hall of Fame adjacent to the stadium were still going on. Even though that project was a poorly-kept secret, the team couldn’t discuss it publicly without endangering the deal. We haven’t heard the slightest whispers that there’s a similar situation here, but who knows?)

So, back to the all-important stadium, and the first question: will having one be “enough”? Thinking about it from a pros and cons perspective, there’s really only one, giant “con”: the enormous amount of time, energy, and money (especially money) that it will cost. In exchange, the main “pros” that come to mind are these:

Those are good pros, but are they good enough? Let’s try to quantify this. At around 3,000 per game, the 2015 Aztex attendance numbers weren’t bad. They were right in the middle of the pack relative to the rest of the league. If the club could make more money per fan, and also get more fans to come to games, then of course they’d be better off. But how much better off?

For the sake of argument, suppose that the net improvement from more fans, plus additional profit per fan, is equivalent to having 6-7,000 fans at Kelly Reeves this year. Double the income, that seems optimistic yet not overly so. That would be quite healthy on a minor-league scale, but it’s not enough to make anyone clamor, like they’re doing in Sacramento, that the team’s move to MLS is inevitable.

(Also, don’t forget that this scenario has somebody hugely out of pocket for the cost of this stadium. How many seasons of better profit and sponsorships will it take to pay that back?)

We know that a stadium is a critical part of a stable, healthy pro soccer team in central Texas, as it is anywhere. But if the true target for this organization is higher than minor league ball, then a stadium won’t be enough by itself.

There’s been talk already about the team re-branding after they return from this hiatus. If done well, that could be the basis of some solid marketing. Put that together with a good team, playing attractive soccer, and maybe we’ll see enough new fans that the leap to the top level will be a no-brainer.

But getting there will take more than bleachers, turf, and beer taps.