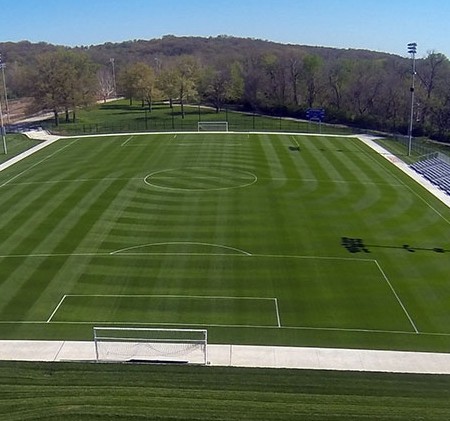 This USL offseason we’ve seen several new teams join the league for 2016. Though it will be at least a year before we see them play against an Austin side, there are aspects of a couple of these announcements that stand out.

One new entrant is Sporting Kansas City’s new team: the Swope Park Rangers. The reception of this new club’s name, logo, and branding has been very positive, and with the solid SKC organization behind them, success is to be expected.

Another new squad will be Orlando City’s addition: Orlando City B. It’s difficult for Austin fans to be too happy about any good news out of Orlando, but after an inaugural MLS season with undeniably good attendance, a just-announced NWSL team, and this USL club, it’s hard to deny that organization’s trajectory.

There are other expansion teams in the USL class of 2016, such as Cincinnati, Bethlehem Steel, and Rio Grande Valley, but there’s something notable about Swope Park Rangers and Orlando City B: they will both play in tiny stadiums, and this fact apparently did nothing to keep them from fielding a team.

Starting in Kansas City, Swope Soccer Village is a very nice-looking facility, featuring a natural grass, soccer-specific field. But according to Wikipedia, its baseline capacity is just 1,500.

This article from last year, about the NWSL’s FC Kansas City moving to Swope, rounded that number up a bit: “The Championship Stadium is currently capable of holding approximately 2000 fans but FC Kansas City will be bringing additional bleachers that they purchased for use at UMKC and can add more as needed.”

That team set their highest attendance mark of the season in July, when they hosted World Cup Golden Ball winner Carli Lloyd’s Houston Dash. That article calls the large turnout of 3,557 fans “over-capacity”, though it doesn’t say exactly what “capacity” would have been.

Down in Orlando, the new USL team will be playing at Titan Soccer Complex, which Wikipedia describes as “a 1,000-seat soccer-specific stadium on the campus of Eastern Florida State College in Melbourne, Florida”. The press release announcing the club details their plans to expand that: “The EFSC stadium will seat 3,500 fans for OCB’s matches. Orlando City and EFSC will install additional seating to complement the permanent grandstand on the west side of the field. There will be seating on the west and south sides of the pitch, including a dedicated supporter section”.

Back here in Austin, the Aztex announcement about foregoing the 2016 season said that decision was made “due to the unavailability of a stadium that meets league standards and the unforeseen delays in the development of a soccer-specific stadium”. In a previous post about stadium standards, we’ve pointed out that the published USSF minimum capacity for Division 3 stadiums is 1,000, while the minimum for Division 2 is 5,000. With the league welcoming two brand-new clubs who will be playing in facilities significantly smaller than even the modest D2 minimum, it seems clear that isn’t a real issue.

Besides which, both House Park and Kelly Reeves exceed that minimum, so it’s safe to conclude that that alone wasn’t a factor in keeping the team off the field next season. That leaves us to assume that other issues, such as football lines on the pitch and the inability to sell beer, are more critical than stadium size.

If that’s the case, then maybe the Aztex’s path back to the field isn’t as long and difficult as we’ve imagined. One scenario, from the August Statesman article that gave us the first hints of stadium-related trouble, is right in line with what Kansas City and Orlando are doing:

Aztex business director Roberto Pinto da Silva Jr. estimated the cost of a temporary stadium, which would seat 4,000 to 5,000, at $5 million, and he said it would take five to six months to build. Van de Zande said he thought the franchise could meet the challenge.

Of course there’s the never-easy question of where such a field might be put. Regardless, a first step that consists of a regulation-size field, some grandstands, and a concession stand – and not necessarily a permanent, MLS-ready stadium – has to be an easier target to hit by 2017.

Another key difference to keep in mind between the Austin club and organizations like Swope Park Rangers or Orlando City B is, of course, the established MLS backing enjoyed by the latter two. The trend for MLS second teams is as clear as it is unsurprising: their priority is more on player development, and less on building a club that’s profitable on its own within USL. Still, despite the growing number of MLS subsidiaries, independent clubs remain in the majority, and they all have the same goal: to survive, and thrive, on their own merits.