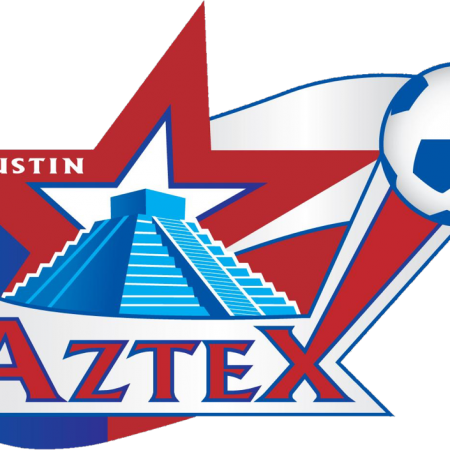 The following is an editorial by Chris G.

You’ve heard the news that the owner of the Columbus Crew says he’s considering relocating that franchise to Austin after the 2018 season. You’ve followed all the opinions, arguments, thoughts, and feelings on forums and social media. You’ve read the latest newsletter from Eberly’s Army (because if you give a damn about soccer in Austin you’re at least on the mailing list of the oldest & best supporters’ group in town).

As mentioned in that newsletter, there are some of us that have seen this movie before. Back when the original Aztex skipped town, I wrote a series of open-letter posts on my blog, The Aztexan (which no longer exists, though I republished those posts elsewhere). They were angry and petty and mean-spirited, but cathartic. Re-reading them, almost exactly seven years later, they’re also showing their age. But this part of the first one brought it all back.

We knew it wouldn’t happen right away, and we knew it wouldn’t be perfect for a while. We wanted to buy beer at games just as badly as you wanted to sell it to us. We hated those goddamned gridiron lines just as much as you did. But we put up with what we had now. We did more than that, we loved it. And that was part of our investment, too.

Like with all investments, we hoped they would pay off someday. We hoped we’d see our boys go on to bigger teams, like Eddie [Johnson (no, not that one, this one)] did. I saw him, we could say. I saw him play at House Park, 12th and Lamar, year before last. By the way, there’s another game next Saturday, you should come, you never know which player will be big, we have this amazing rookie this year, he’s on fire, check it out.

But our investment, it’s gone now. We put in, and like I said, we had a lot of fun doing it. But that part where we thought we were building something, where we’d have a return on that investment someday, something for our city, for our friends, for our kids, for the sport we love, that part is gone.

No, it’s worse than gone. It’s a debt, now. Where before we had pride in the team and talked it up, now it’s an embarrassment, a shame. We’re suckers now. Chumps.

So here’s some advice for Precourt Sports Ventures (PSV): the Crew fans deserve better. They support a great and storied club, and they’re invested. Not with the six-figure numbers your bean-counters are studying in their spreadsheets, but with the time, energy, and emotion that soccer supporters the world over have for their hometown team, and many of them for longer than you. Obviously, there’s no good way to broach the possibility of relocation without pissing them all off. But if you do wind up leaving, at least learn some lessons from how Rawlins left Austin in 2010, and maybe you can reduce the long-term pain and damage.

First: acknowledge those fans, and show them you appreciate them. They’re not the ones to blame for lack of support; they showed up. I don’t know exactly how you show that (free games? special events? drastically reduced season-ticket renewals for 2018?), but you should figure it out. If you try, you might be able to at least have a respectful, amicable departure.

Second: do whatever you can to help preserve and boost the soccer world that’s grown in Columbus over the past couple dozen years. A new team will come along after you, at some level, sooner or later. They’ll have all the same challenges you have, plus the shadow of your failure. They’ll need all the help they can get.

Lastly: don’t expect all of us here to jump fully on board right away. We’ve been burned before, and once by the very same cruel fortune you’re inflicting on our fellow fans in Ohio. I love soccer, and in-person local soccer in particular, so I’ll surely come to some games (I’ll come see my FC Dallas, if nothing else). But don’t expect any of us to get AUSTIN FC TIL I DIE face tattoos until we see some evidence that you know what you’re doing and that you might be around for a while.

Here in Austin, we want a team, and we want it bad. None of us that were here for the end of the first Aztex organization would ever want it at the expense of another city’s team. But what’s going on with a possible relocation by the Crew isn’t up to us.

I’ll close with an admission that would have made my 2010 self jump off a bridge: the move of the original Aztex to Orlando has been a net gain for soccer in this country. As much as it has galled me every step of the way, they did exactly what Phil set out to do, and then some. They re-opened the historically troubled southeastern part of the US for MLS. That team is no favorite of ours here in Austin, but they’ve had the best average attendance outside Seattle for the past two years. That organization also runs the Orlando Pride, with the 2nd-best attendance in NWSL, and hosted this year’s league final. They built their own reportedly-very-nice new stadium. Remember that decisive USMNT win over Panama right before the Dark Times began? That was in front of a sold-out crowd in that very stadium.

A stadium that wouldn’t exist if Austin hadn’t had our team unceremoniously yanked away from us seven years ago.

Whether Precourt & PSV could find similar success in Austin is, of course, unknown. And even if they did, that would be cold comfort for Columbus fans. For that matter, whether a move will even happen is still unknown. I for one am not counting any unhatched chickens, and I’m damn sure not dancing on anyone’s grave. Sure, I want a team again. But if the Crew stay in Columbus after all, I’ll be happy – and a little relieved – to go back to Plan A.