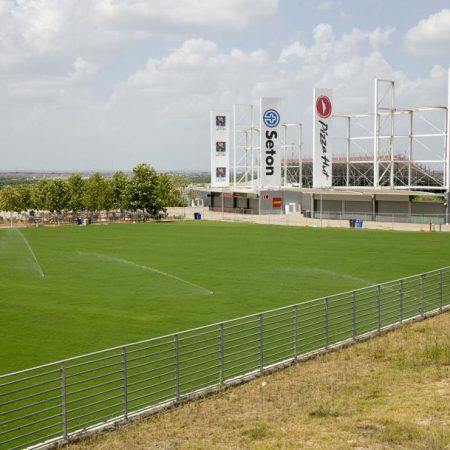 [Editor’s note: The following was originally submitted by Bobby Epstein, COTA chairman and majority owner of USL Austin, as a reply to Lee Nichols’ Why COTA Can Work and the comment thread there. With the author’s permission, we present it instead as a standalone post.]

After reading your thoughts about our efforts to bring professional soccer back to Austin, the responses to what you wrote and the various other opinions, I thought I’d give you some rationale behind the decisions.

Our main objective is to have a team that has a real chance to win, give the fans and players a great setting to enjoy the game, and -importantly- have the ability to overcome financial challenges and obtain longevity.

With that said, our first choice would be a municipal stadium located in the heart of town. That choice, for us, isn’t really an option. The rest of the stadium “wish list” looks like this:

1) Have a field with international dimensions and no football lines. Try for natural grass.

2) Create a rowdy atmosphere. Achieving this goal means not playing in a stadium built for 15,000 people. While I would be happy for attendance to grow to that number, the reality is the likely attendance is closer to 5,000. Few things kill an atmosphere more than thousands of empty seats. For the players, it looks demoralizing. Fans can be so spread out (you might even feel like the only idiot in town that bought a ticket) and we can’t get that “electricity” going.

3) Get the fans close to the action and create a true home field advantage. In a football stadium, the first seats often start high above the field. This elevation allows you to see above the 50 players standing along the sidelines, but it isn’t necessary in soccer.

4) Be able to control our concessions.

OK, to build a stadium like we want – and have it located in the middle of the City- takes tens of millions of dollars. The other option of renting a high school football stadium is far less than one million a year, but we’ve already ruled out that option.

Let’s look at the economics:

Where does the money go:

Besides the money to buy a franchise and pay the annual league fees, the obvious other big costs are players’ salaries, plane tickets, team housing/apartments, hotel rooms, insurance, event staffing, maintenance and supplies.

If the team sells a million dollars worth of tickets (that’s way more than the Aztex sold), it isn’t profitable. (Note: Sponsors are really important to the viability of a franchise, so always support them. Soccer fans are generally loyal to those who support their team, so we’ll hope for good support from local businesses.) Therefore, finances are challenging.

Now, the logic behind a COTA stadium… We have set our sights on winning and would prefer to spend the money on signing good players, instead of just trying to pay stadium rent. We also want to be around for a long while. COTA owns or has long-term leases on great grandstand seats. These assets can be re-purposed and removed from the race track (where the least popular are only used five or six days a year). Concession stands, restrooms and parking are already in place. The cost to build an intimate soccer stadium is really sensible.

I have read the displeasure about the 25 minute drive from downtown. But, it’s really not bad. And, now that Ben White/71 are clear of stop lights, it’s really reasonable. On a Saturday night, it’s especially painless. (Of course, there are people who live in Southeast Austin and we have had no grumbling there). The reality is that Austin has grown, downtown is expensive, and not everything can be downtown. Part of this growth is what allows pro sports to survive. So, it’s not all bad!

It’s also not like the game is an everyday event, and wherever the stadium is located, it won’t be in everyone’s backyard. Unfortunately, Cap Metro does not yet serve this part of the City (I might remind you that we do however pay taxes to Cap Metro). But, it is very common for mass transit systems to add service for special events, and we are encouraging Cap Metro to do this for games and major events. They seem to be receptive and realize it is usual for major cities to adjust to meet demand.

Regardless of the above, clearly the middle of the City, near the Palmer Event Center or Convention Center would be our first choice. Within walking distance of bars and restaurants would be preferable. It’s just not an option for 2019 and this team. All I can do is say “thank you” to everyone who takes the time to come out for our games. We can assure you that parking will be easy and lots will empty quickly.

If people show their support and attendance is strong, I do believe we (soccer fans) increase our chances that other doors will open.