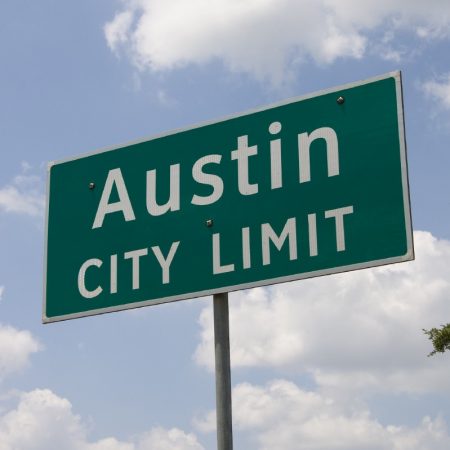 Not long ago, supporters of professional soccer in Austin had little hope for a team, and certainly nothing tangible on the horizon. But as we near the end of 2017, the story of local pro soccer is riveting.

In addition to Bobby Epstein’s announcement that USL would return to our city in 2019, we have also had the seismic news that Anthony Precourt is considering relocating MLS’s Columbus Crew to Austin to begin play that very same year. We have no reason to believe that both clubs will exist in the Capital City. More likely, a USL team starting from scratch would yield to the shadow cast by a top flight MLS club. But when you live in a city growing at Austin’s current pace, it is hard to know what to expect.

Yet another story emerged this week from Austin Sports and Entertainment, with the public announcement of another potential new sports venue, this one planned for the Travis County Expo Center site in East Austin. We’ve been aware of closed-door meetings regarding this project for several months, yet details have been intentionally scarce. The detailed renderings show a beautiful 40,000-seat outdoor bowl that would host professional sporting events, with an additional 15,000-seat rodeo arena and versatility for many other events. Not to be outdone, David Greeley and PSV released a rendering of their own on Thursday, and have started to make a case for Butler Shores Metropolitan Park as the site for a privately funded stadium. While the downtown location and the picturesque views are ideal, there are questions surrounding this location and its tight fit on the shore of Lady Bird Lake. There is a strong likelihood that using this – or any – city-owned parkland will require a vote from the residents of Austin. One can’t take anything for granted in this city when items require public approval, yet a local attorney retained by PSV had a confident statement this week:

Richard Suttle, a real estate attorney with Armbrust & Brown, said he believes a stadium could be built with that arrangement, without voter approval.

“That being said, we’re waiting on the will of the Council and the will of the people,” he said. “And if they decide that an election is something they want to talk about, we’re willing to entertain that because we know that there’s wide support for this endeavor.”

With an Austin City Council report on under-utilized park land due on December 7th, it will be interesting to see what other sites might come under consideration.

While Austin has made strides to increase urban density, mass transit has not been able to keep pace with the city’s often-crowded streets. The current plan for Butler Shores does not include surface parking, which should be welcome news for residents nearby. Regular attendees to Texas football games and other events are accustomed to accessing entertainment without parking in a neighboring lot. It is also encouraging to hear the intent of the current plan to limit vertical height, along with noise and light reduction efforts. These are thoughtful approaches for an area that regularly experiences heavy foot traffic from both tourists and Austinites. With so many potential projects, there are many ways to look at this, but it’s clear that each group is operating independent from the other. That’s unfortunate for the city as a whole; better alignment would certainly increase the chances that these power-players succeed. The idea that three different groups are planning to build sports venues, but not coordinating or communicating, is as ridiculous as the idea of Austin having three professional soccer teams.

We hope that as the prospects for professional soccer edge closer to reality, that these groups will find a way to work together, or at least to communicate with one another. While Austin professional soccer gains steam and public excitement is growing behind multiple efforts, there is still much work to be done. With a vote likely to occur by the middle of next year, there will certainly be more to report on this evolving story.