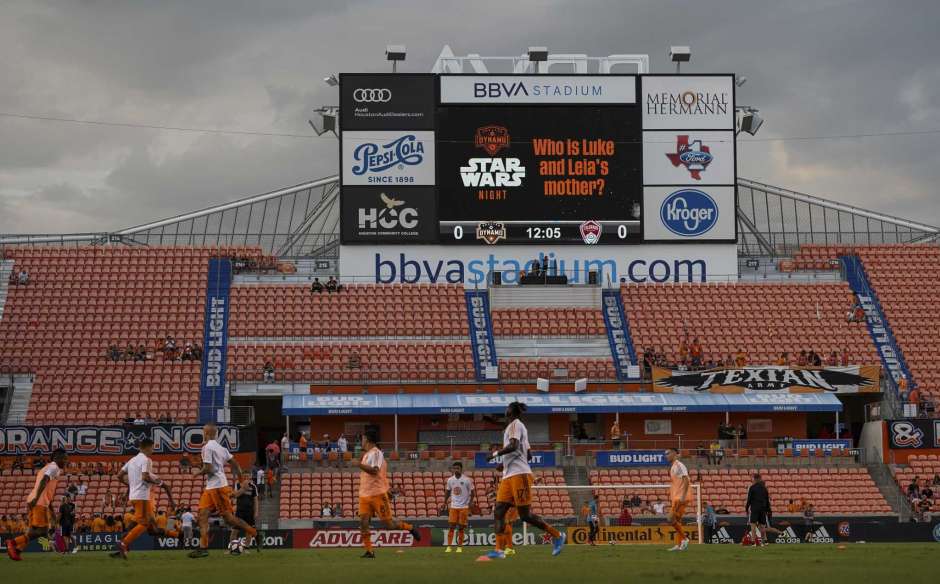 Interesting article in the Houston Chronicle last week, wondering why the established team there isn’t better supported: Dynamo know they should be bigger in Houston:

Attendance issues have mirrored the club’s on-field struggles. After ranking in the top 10 from 2006-15 and placing fourth as recently as 2012, the Dynamo fell to 17th in 2017. According to the Sports Business Journal, the Dynamo only topped five teams in 2018 average attendance in early August.

“We’ve been in between 15th and 20th in the league,” Walker said. “We should be in the top 10 every year, just the size of the market alone.”

It’s an in-depth discussion of that team’s struggle for relevance, and worth reading in full. It also spawned a followup article, Frustrated fans sound off about declining Dynamo:

The primary complaints: The team isn’t spending enough on its roster; ownership doesn’t care enough about the on-field product; there is no plan to improve the club over the short and long term.

The comments from fans that point out how oppressively hot it can be in BBVA Stadium are something I hadn’t really thought of. Like many of us here in Austin, I’ve attended more than one match there, and of course an outdoor stadium in Houston, Texas is hot in the summer. It hadn’t occurred to me until reading some of that fan feedback that the stadium design itself may be making things worse, but after seeing a pair of games there recently (Dash on a Friday and Dynamo on a Saturday), I believe it.

I heard about these Chronicle articles on the 3rd Degree Podcast out of Dallas. One of the things that struck the hosts was that, aside from a few particulars, you could write the same article, and have the same fan feedback, about FC Dallas and their own struggles.

As we look forward to the launch of a shiny new MLS 3.0 club in a shiny new stadium here in a metro area that’s a fraction of the size of either of those markets, here’s hoping the folks in charge are learning every lesson they can from our soon-to-be rivals.