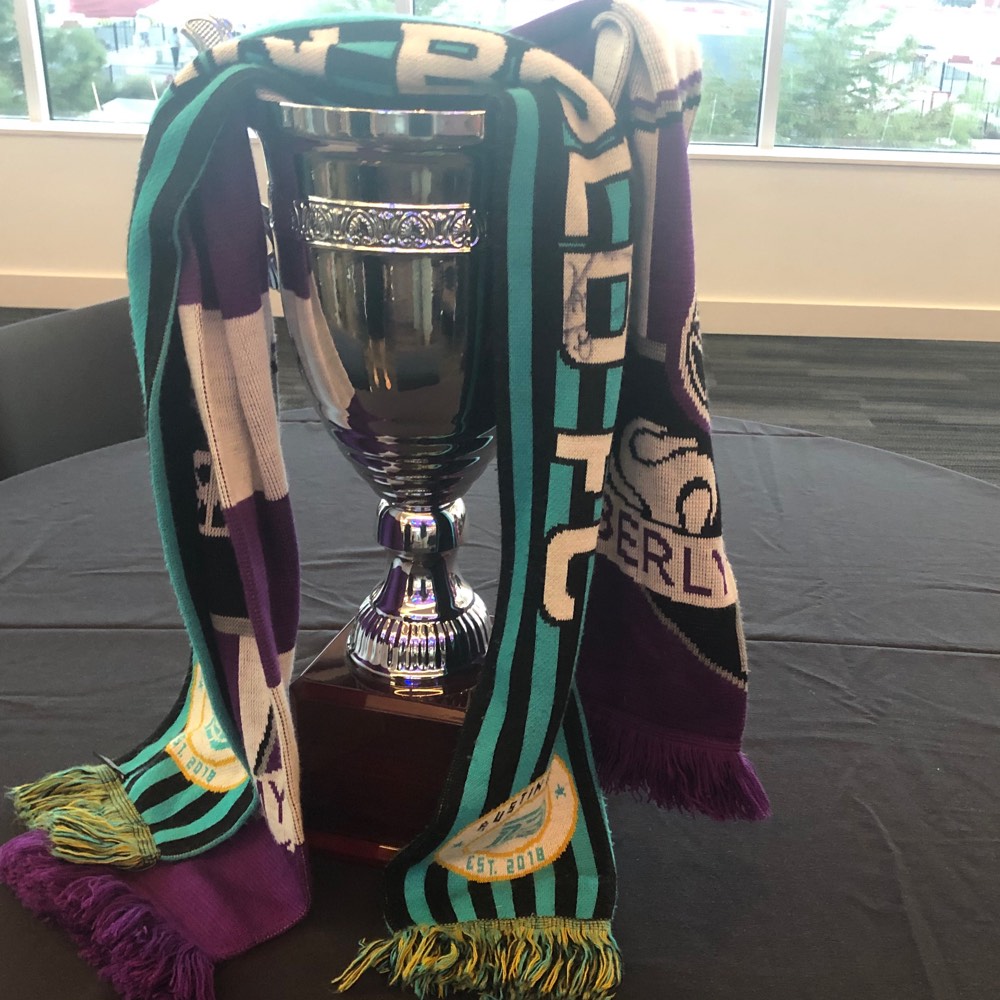 Sunday evening was a beautiful one for soccer at Bold Stadium at the Circuit of The Americas. And the teams put on a good show in a regular-season USL match that happened to have a little extra on the line. By the time the final whistle blew, Austin Bold FC had won Copa Tejas with 3-0 victory over Rio Grande Valley FC:

Austin Bold FC won the Copa Tejas at Bold Stadium after a 3-0 win over local rivals Rio Grande Valley FC on Sunday night. Copa Tejas is a supporter created trophy to crown the best Texas side in the USL Championship. The Bold took a first half lead with an Ema Twumasi goal. The Toros were reduced to ten men after goalkeeper Nicolas Corti was issued a red card for a handball. Second half goals from Andre Lima and Promise Isaac sealed all three points for Austin’s Own.

Some pictures from the evening, courtesy of social media:

The Bold return to Bold Stadium on Wednesday, Sept. 11 to take on Sacramento Republic FC at 7:30 PM.