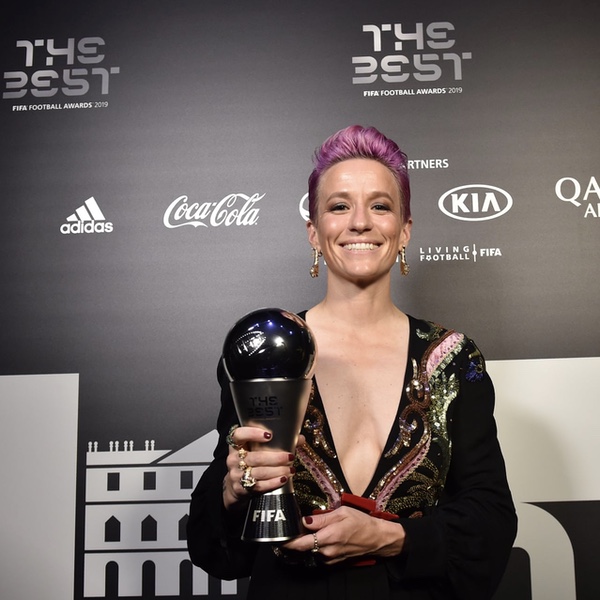 Local leaders, SXSW, ACL Fest join in opposition to Proposition A – A pretty top-tier list of local organizations that think this is a Bad Idea.

[Prop A supporter Francoise] Luca added that she still has hope that Proposition A could challenge the McKalla Place stadium deal and Austin FC. In a statement to KXAN on Aug. 27, Two Oaks Ventures, which owns Austin FC, said that the development of a soccer park and stadium at McKalla Place would not be affected by Proposition A.

Lionel Messi and Megan Rapinoe named FIFA footballers of the year – Not sure Pinoe’s the very best player in the women’s game in a strictly on-field way, but still a no-brainer for her to win this in the bigger-picture sense, as The Guardian details.

This week in NWSL – Men in Blazers give the women’s pro league some (needed) media help with a new weekly highlights clip.

Delighted to introduce THIS WEEK IN @NWSL, an attempt to help grow the Women's game by recapping all of the week's biggest storylines and narrative. We will drop new, weekly episodes through the Championship presented by @BudweiserUSA #WontStopWatching🇺🇸 pic.twitter.com/Qi3JyR87fU

Austin FC meet & greet next Tuesday in Cedar Park – At Whitestone Brewery on Oct. 1 at 7:00PM. RSVP with the link in the tweet.

Houston Dynamo got a 2-1 home win over Orlando on Saturday, but saw their playoff chances slip away with a 3-1 loss at LA FC Wednesday night. The win gave LA the 2019 Supporters Shield (awarded to the team with the best regular-season record).

University of Texas had a huge result over Grambling State last Sunday, winning 8-0 (it’s the scoreline that’s also the appropriate emoticon reaction!). That’s the most goals scored by this team in 22 years. They also got a 1-0 win at #17 Kansas on Thursday evening, in a game televised nationally on Fox Sports 1.

FC Dallas drew 1-1 with NYCFC, in a game that, if it doesn’t result in rebranding as FC DAALAS, will at least rank among that organization’s most amateur moments.

Bold FC beat Las Vegas 4-1 in final home game of 2019. A good crowd saw a good game and got good deals on beer. We’ll see whether there are post-season games out at COTA, depending on how the Bold place.

The US Soccer Hall of Fame Induction of Abby Wambach and Sunil Gulati was held last Saturday. The Equalizer has a recap and the full video of the event.

Bonus: Austin FC’s stadium construction cam now has live video. You tell me who the real “friends of McKalla Place” are: the handful of NIMBY astroturf rabble-rousers or all of us eagerly tuning in to watch bulldozers shove dirt around it?

Austin Bold FC play in Portland against Timbers 2 – the Bold are currently in 7th, of 10 teams that earn playoff spots (3PM Sunday on ESPN+).

Texas MLS teams are both away, playing at 6:30 on Sunday evening: Dallas at Colorado Rapids, and Houston at Real Salt Lake, in Nick Rimando’s last career home game.

Also on tap: Lots of MLS action on Sunday, as the playoff picture continues coming into focus, plus European leagues all weekend, including the Madrid derby on Saturday (2PM on BeIN Sports). Also, another round of UEFA Champions League group-stage games next week, Tuesday & Wednesday.

The Independent Supporters Council (ISC), whose diligence and organization finally got MLS to back down from the Iron Front ban.

The ISC and supporter groups for the Portland Timbers and Seattle Sounders FC acknowledge the League’s willingness to discuss these complex issues, as well as the League’s affirmation of its long-time opposition to racism, fascism, white supremacy, white nationalism and homophobia.