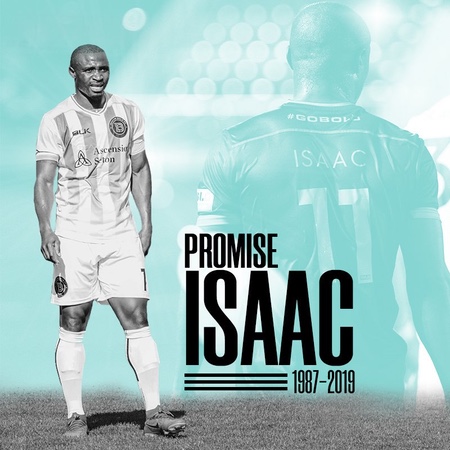 Pulisic has gone five matches out of Chelsea’s past six matches without seeing a single minute of playing time, with the lone exception being a Carabao Cup start against Grimsby Town.

Maybe some time with the US team the next couple of weeks will improve his fortunes.

How Mohamed Salah inspired me to become a Muslim – A remarkable first-person story of a Nottingham Forest supporter, showing the cultural impact the world’s game can have.

Lastly, our thoughts are with the family, friends, and teammates of Austin Bold Player Promise Isaac, who passed away this week. Tragedy struck the 31-year-old Nigerian, who died of an apparent heart attack. He’s remembered by many after a career that included World Cup and Olympic appearances, in addition to a professional history that included clubs in Turkey, Saudi Arabia, and of course, the USA.

This weekend’s Bold FC game has been postponed, and teams across USL will observe a moment of silence before their games.

Anatalyaspor go 1-0 up away to Fenerbahçe, and the goal scorer Ufuk Akyol holds up the shirt of Isaac Promise who tragically passed away this week pic.twitter.com/8S2n2M66oZ

The Longhorns have played twice since we last wrote – the college season is short and fast. They continue their winning ways, beating Kansas State 1-0, and TCU, also 1-0.

Next up for the burnt orange: two more home games: West Virginia on Sunday, Oct. 6 at 1PM, and next Friday, Oct. 11, against Oklahoma State at 7PM.

The Bold came from behind to win 1-2 at Portland last Sunday.

Austin fights to retain a spot in the playoffs in a congested USL Championship Western Conference with three consecutive road matches to end the 2019 season.

Their next game was scheduled to be away at Real Monarchs in Salt Lake City on Sunday, but as noted above has been postponed following the tragic sudden death of Promise Isaac.

Like all MLS teams, Dallas and Houston will finish the 2019 regular season on Sunday at 3:00PM. The league-wide simultaneous kickoff, branded “Decision Day”, will set the field for the playoffs, which begin Oct. 19, after the international break. FC Dallas could still squeak in, despite getting beat soundly by Colorado last weekend. There’s no “decision” for the Houston Dynamo, who have already been eliminated from playoff contention. They’ll settle for hosting LA Galaxy in a Damarcus Beasly sendoff game.

The USWNT is completing their 2019 Victory Tour against South Korea this week. The 2-0 US win on Thursday gives coach Jill Ellis the record for most wins:

Including her stints as interim coach, Ellis has 106 victories in charge of the U.S., breaking a tie with Tony DiCicco for most wins in program history. Her record with the U.S. is 106-7-18. Ellis’ last game in charge will be Sunday’s match against South Korea in Chicago, the last as part of the team’s World Cup victory tour. Ellis was in charge of both the 2015 and 2019 World Cup-winning teams.

That Sunday game kicks off at 1PM and can be watched on ESPN.

The USMNT start play in the (new) CONCACAF Nations League late next week. They’ll start with a game against Cuba in Washington, DC on Friday, Oct. 11, at 6PM (FS1).

Houston’s pro women’s team haven’t had better playoff luck than their MLS counterparts. But during this international break, they’re playing an interesting friendly:

The Houston Dash will make history when they step away from NWSL play and travel south of the border to take on the two-time LigaMX Femenil champion Tigres U.A.N.L. on Saturday, Oct. 5. The Dash will be the first NWSL club to play in Mexico when they take the pitch at the legendary Estadio Universitario in Monterrey.

Upper Ninety, a local soccer-based charity whose mission is “to help students from low-income Austin communities thrive in high school and beyond”. They’re holding an event at Native Bar & Kitchen on Oct. 19, 5-8PM, called #DareToCreate, and you should go!

In addition to live art and music, the evening will feature bites and beverages from some of Austin’s favorite haunts, a silent auction, a short program, and the unveiling of a mural created in partnership between Upper Ninety students and a professional artist from HOPE Outdoor Gallery.