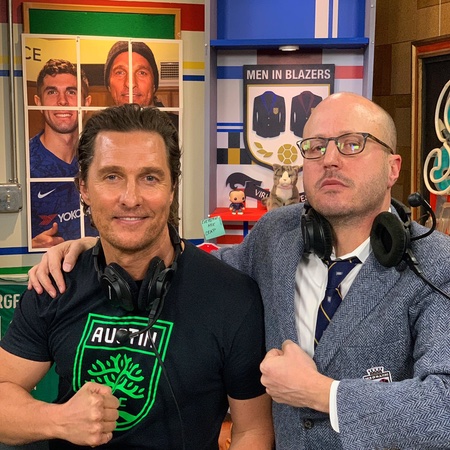 The Austin Bold filled the most glaring hole in its roster on Tuesday, announcing the signing of left back Ismaila Jome.

Jome, who played for the Colorado Springs Switchbacks in 2019, will add a new dimension to the Bold, providing balance with his 6-foot-1 frame, speed and accurate left foot… The Gambia native grew up near Minneapolis and played in college at UC-Santa Barbara before joining Minnesota United in 2016. He rose with the Loons to MLS the following year and made 12 appearances during their expansion season.

During today’s meeting, MLS Commissioner Don Garber made it clear to Mayor Cooper that Major League Soccer would not have awarded Nashville an expansion team without the commitment made by the city to build a soccer stadium at the Fairgrounds. The Mayor’s continued refusal to proceed is a deep disappointment to Nashville SC and MLS.

And last but not least, we stepped back and took a look at the level of ambition evident from the Austin FC organization, finding it unquestionable:

The USWNT are getting the job done in Olympic qualifying, clinching a semifinal spot with a game to go:

Lindsey Horan recorded her first-ever international hat trick in the match. She scored the first goal of the match and ended the evening with the final goal. Meanwhile, also finding the back of the net for the United States were Lynn Williams, Rose Lavelle, Christen Press, Tobin Heath and Jess McDonald.

That final result against Panama was my favorite: the score that’s also the appropriate emoticon: 8-0. The women play the last of their qualifying group games Monday night against Costa Rica, with first place in the group on the line (7:30PM on FS1 & TUDN).

Meanwhile, the USMNT have been in camp, and will also face Costa Rica. That game is today (Saturday, 2:55PM on ESPNews & Unimas).

Top time today with Roger on @MenInBlazers talking about “the greatest invitation in the world” and the games we play with it, the soccer ball. Fighting Verde @AustinFC pic.twitter.com/aCDGNvyOWK