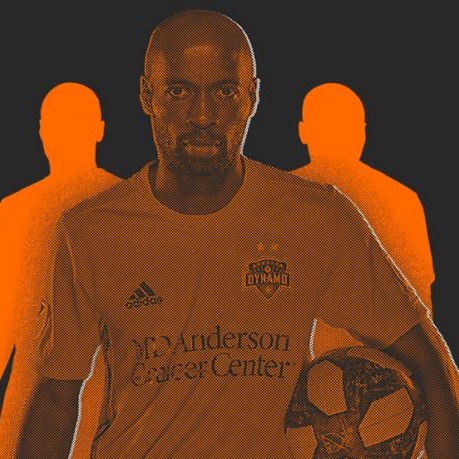 The former Blues goalkeeper will be making a first appearance in his new role [as the Club’s first International Ambassador in the US] at the Premier League Live event in Austin, Texas this month.

Yes, that NBC Fan Fest at Scholz Garden on Oct. 26 & 27 continues to grow. The Men in Blazers will be part of the festivities, too:

AUSTIN GFOPs. COME AND HAVE A BEER WITH US Friday, Oct. 25, after we tape our LIVE TV SHOW from @NBCSportsSoccer’s Fan Fest (for which there is sadly no audience). WE WANT TO RAISE A @budweiserusa WITH ALL OF YOU THAT EVENING @Rustic_Tap AT 6:00 PM!🍺🍺 pic.twitter.com/6EL6f1Vb1A

Meanwhile, even before we have our own team, Austin’s interest in MLS is also high:

The Longhorns had a rough couple of home games this past week, losing 1-2 in 2nd overtime to West Virginia last Sunday, and 0-2 to Oklahoma State on Friday. They’ll continue their Big 12 campaign at Baylor next Friday (7:00 on ESPN+).

The Bold resumed play this week, earning a point from a 1-1 draw at El Paso Thursday night. They’ll play their postponed match at Real Monarchs in Salt Lake City this Wednesday (8:00 on ESPN+).

FC Dallas needed a win to ensure their playoff spot, and they got an emphatic one, beating Sporting KC 6-0. Their playoffs start (and, let’s face it, probably end) in Seattle against the Sounders next Saturday, Oct. 19.

Already-eliminated Houston Dynamo were more in the mood than SKC, handing LA Galaxy a tough 4-2 loss at BBVA:

Just like they did in their season-ending clash a year ago, La Naranja gave the visitors fits on Sunday, twice rallying from behind before kicking on to grab a 4-2 win. The result lands a hammer blow to the Galaxy’s aim of a top-half finish in the Western Conference’s playoff places, which would have ensured them at least one home game in the Audi 2019 MLS Cup Playoffs.

The Dash went to Monterrey for the first-ever NWSL match in Mexico, losing their friendly with Tigres Femenil, 2-1. Sadly, the event was marred by disgusting misbehavior by a “fan” after the match.

The USWNT only managed a 1-1 draw against Korea Republic in the final game of their 2019 Victory Tour.

Carli Lloyd scored as Jill Ellis, the USWNT’s recently minted all-time winningest head coach, drew the curtain on her remarkable tenure as manager of the world’s No. 1 ranked team.

The USMNT roared into CONCACAF Nations League action on Friday with a 7-0 rout of Cuba that featured the first national-team hat-trick from Weston McKennie, a former FC Dallas Youth player. The men will face Canada on Tuesday in Toronto (6:30 on ESPN2).

Female football fans in Iran, thousands of whom were finally able to attend an international match.

More than 3,000 Iranian women have crammed into a special section of a Tehran stadium to watch a World Cup qualifier against Cambodia, after they were allowed to buy match tickets for the first time in four decades.

FIFA and human rights campaigners increased the pressure on Iran’s sports authorities to let women into games after the death of a fan last month.