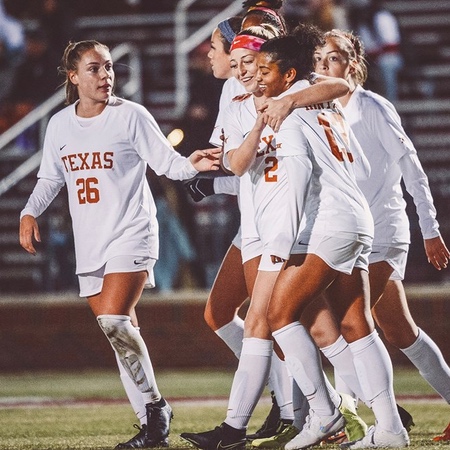 Sergiño Dest has chosen to play for USA over Netherlands:

In recent weeks, both Netherlands coach Ronald Koeman and US counterpart Gregg Berhalter had spoken to Dest in an attempt to persuade him.

“Of course, it was a tough decision for me when the Dutch men’s national team showed their interest, but I have built up a very good feeling with Team USA over the last couple of years and I strongly believe in the plans and potential of US Soccer,” Dest said Monday.

Meanwhile, the US Women’s Team has a new coach, as Vlatko Andonovski takes the job:

He may not check every box some fans or players may have wanted from a coach. He has no national team experience as a coach or player, and international soccer follows a very different rhythm that club soccer. The transition from the club game is not always smooth. He’s also not a woman, something Markgraf said would be preferable.

But when the job at hand is taking the best team in the world and ensuring it stays the best, Andonovski’s temperament, ability to manage personalities, and passion for development seem like just what the USWNT needs.

Following the racist abuse their fans gave England during the recent European qualifiers, the Bulgaria national team has been fined and will play one game behind closed doors.

A wild night in Norman goes our way!

Texas earns the No. 3-seed for the Big 12 Championship and will play No. 6-seed TCU in Kansas City on Sunday at 8 p.m. CT! pic.twitter.com/wXrXU3bIcB

The Longhorns finished their regular season with another win, 3-2 in 2nd overtime over Oklahoma. That gives Texas the No. 3-seed in the upcoming Big 12 Championship in Kansas City. The Longhorns will play a quarterfinal against No. 6-seed TCU on Sunday (8PM on ESPN+).

The semifinals pitted MLS 2.0 teams vs. MLS 3.0, and the old guard came out on top. LAFC and Atlanta are done, while Seattle and Toronto are on to the MLS Cup final, next Sunday, Nov. 9.

The favorites showed why they were that, as the North Carolina Courage claimed their second straight crown, beating Chicago Red Stars 4-0.

The NBC Premier League Mornings Live fan fest last weekend, with a packed Scholz Garten and lines around the block, seemed to be as big of a success as it could have been:

Austin, Texas you've made this weekend special, by just your being you.

The soccer community, fans and players alike, and their suppoort of things like the GoFundMe for Promise Isaac’s family.

In addition to coping with Promise’s loss, his wife and children must also figure out their financial future. That is why we are pleading with everyone that reads this that if you can find it in your heart to give financially. No donation is too small because every little bit helps.

The funds will help the family with the funeral rites since he’ll be buried in his hometown in the Imo State of Nigeria and also to help his young wife and children to start a new chapter in their lives without their father, husband, and primary provider.

Listen to Landon; help if you can.

This is absolutely heartbreaking. Soccer family, please help if you can ?? https://t.co/RWryttr0jN